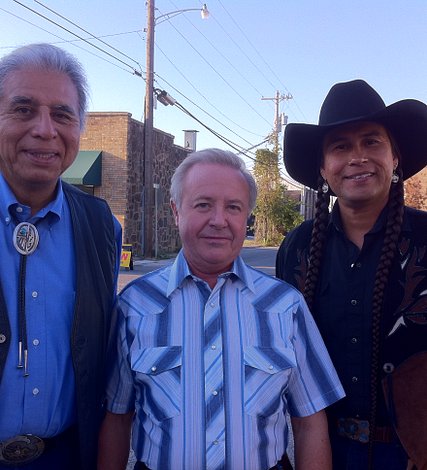 II am a Tulsa transplant originally from Beeville, Texas, with deep family roots in Texas, Muskogee & Tulsa, Oklahoma, and Liverpool, England.  As an Oklahoma actor & musician, I have performed with Theater Tulsa, Heller Theater, Tulsa Repertory Theatre, OK Rep, Theater Club, and Midwestern Theater Troupe, on TV, movies, and in commercials. I've played flute for over 40 years, and play locally sitting in with talented musicians around Tulsa. I hold a degree in Computer Science, and advanced training in Cryptographics/Electronics/Communications operation, maintenance and repair from the US Navy Submarine Service, having served as a Radioman/Crypto Tech onboard the USS Plunger, SSN-595.  The Plunger, a fast attack sub, was named after a shark, and was the third fleet operational nuclear powered ship in the world.

My film credits include my most recent project, “AmeriGeddon” directed by Mike Norris; the film "America: Imagine the World Without Her" released in over 1,200 theaters nationwide July 2nd,  2014;  “The Cherokee Word For Water” (2013); "Self-Delusion and Other Obstacles (2013); and “Stitcher” (available from Amazon.com & Netflix); “Smoke”, and “Unholy”, both filmed in 2007.